skip to main | skip to sidebar

This blog covers events at the Chess Mates Chess Club,
which is now located at 75 East Cherry Street, Suite 11 in Rahway, N.J.
For more information, please visit our web site, email us, or call us at 760-583-8429

Photos From The Smith-Morra Lecture & Simul 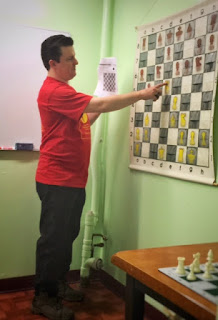 Among the games featured in the lecture were IM Marc Esserman's 2011 win over GM Loek Van Wely: 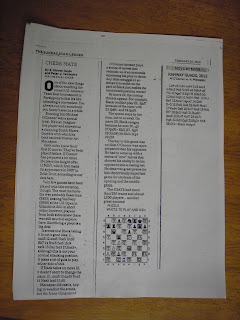 Michael's own 2012 win over NM Arthur Macaspac, which was published in the Newark Star-Ledger, was also presented: 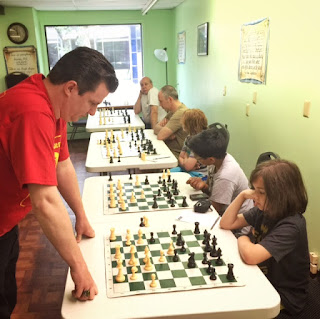 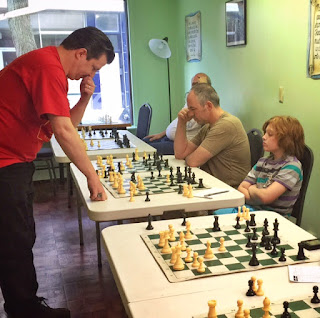 Jack Silver (in the striped shirt) was the only player to beat Michael.

For more on the Smith-Morra Gambit, we suggest you read the Chess Coroner's take on the opening, which includes some model play for Black and The Kenilworthian's update on it.
Posted by Chess Mates at 1:50 AM No comments:

These pictures were taken by me yesterday during the Dr. Luzviminda Machan Open. 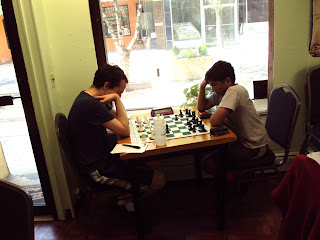 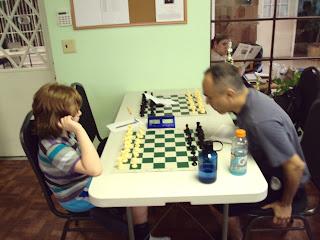 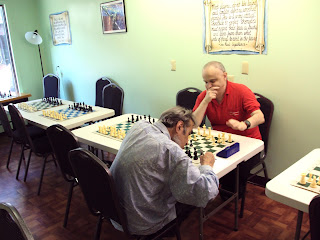 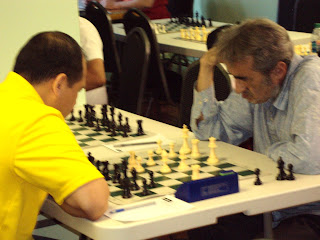 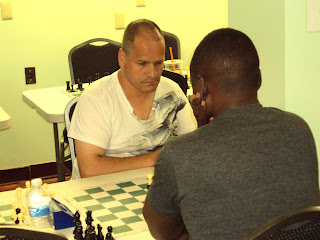 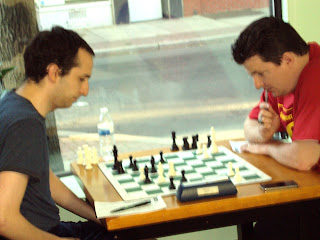